How often have you heard any of these excuses?

the amount is beyond budget

the Manager was not authorized to sign the deal

invoice is not yet received

the accounts team is waiting for approval

SMEs ’ the lifeline of an economy cannot delay the goods/services by even a day, but payment is made as per the convenience of the buyer.  That’s the story of an SME!

The Story of Late Payments

These late payments are driving SME’s crazy with mental stress, financial losses, constant follow up wasting man-hours and time with no incentives. Delayed payments significantly impact smaller businesses, as the limited cash flow does not allow them to carry out business as usual without a steady flow of funds coming in.

How Late Payments Affect an SME?

What are The Reasons for Delay?

A couple of surveys were done in India, UK and across globe to know the reason for payments delays and here are the highlights –

However, an interesting point is that many survey respondents opted for the most common reason given is no reason. This suggests that there should be no particular reason why invoices should be paid late, and so companies should generally be amenable with a mandate of punctual payment.

What an SME can do?

While government and regulatory authorities are Dubai government has made plans to shorten payment time to SMEs to 30 days instead of 90 days. In India, the RBI panel has suggested to set up an info utility to spot payment defaulters.

However, these actions do not fully work in SME’s favor. What you need a transparent system that removes the reason for “invoice not received” and everyone can see where the invoice is when it was raised. How many days till its due and chasing customers digitally.

Hylo an exclusive SME Neobank can assist you with collecting and tracking payments, updating payment details and generating reconciliation reports. To know more contact us here.

We have been changing the lives of many SME’s in India and UAE. You deserve Payments on Time 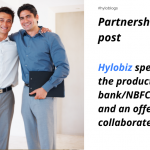 Partnerships update post- Hylobiz speaks about the products offered by bank/NBFC partners and an offer to collaborate
January 12, 2022Firdosh Khan 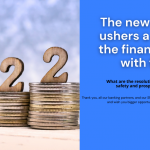 The new year 2022 ushers a new era in the financial sector with fintech
January 4, 2022Madhumita Chakraborty 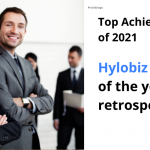 Top Achievements of 2021 – Hylobiz speaks of the year in retrospect
January 3, 2022Firdosh Khan